We are committed to providing customers with the best quality products Rock saw, also known as circular saw, is composed of artificial diamond saw blade and saw blade protective cover. It adopts the world's most advanced hydraulic technology and imported high-quality motor and spring steel, which has great advantages in cutting bluestone, basalt, iron sandstone and oth...... ——The Rock Saw Has Powerful Cutting Function and Is Suitable for A Variety of Stones

Especially in sawing iron sandstone, rock saw plays an irreplaceable role. The iron sandstone looks soft, but it is difficult to operate by conventional methods - the bucket can't move, and the crushing hammer blows out small flake like sand fragments. After the construction direction Yichen environment purchased a rock saw, the problem of iron sandstone excavation was solved. First, cut the mountain from top to bottom with a rock saw; Then, knock with a crushing hammer. By this method, the mountain was destroyed quickly. It turned out that it could only dig more than 20 cubic meters a day. After using the rock saw, it could dig 400-500 cubic meters a day.

In addition to stone mining, rock saw also played a significant role in subsequent stone processing. In a quarry, a rock saw is usually used to cut a large volume of stone into equidistant slabs. The slate is thin and easy to crack, but this problem will not occur when cutting with rock saw. The excavator driver operates the rock saw to cut the stone. The efficiency is very fast and the cutting effect is very good, which has created huge profits for the stone factory. Hot Tags: The Rock Saw Has Powerful Cutting Function and Is Suitable for A Variety of Stones, Manufacturers, Suppliers, China, Factory, Made in China, CE, Quality, Advanced, Buy, Price, Quotation

Please feel free to give your inquiry in the form below. We will reply you within 24 hours. 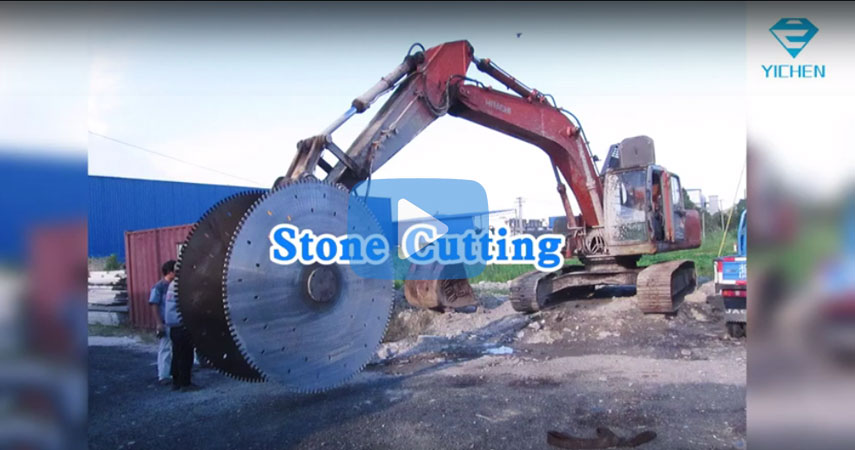